Considering Options in Light of the Recent Earthquake

With the recent 7.8 magnitude earthquake centered in the town of Muisne in the province of Esmeraldas on the northern coast of Ecuador, it is a good opportunity to step back and take stock of our priorities and where things stand.

The devastation on the coast appears to be significant. With over 500 reported deaths as of today, Wednesday, April 20th and thousands still missing, it is safe to assume total loss of life will be over 1,000 – with some predicting as high as 3,000.

A friend of a friend here in Loja lost their whole family to a building collapse in Canoa. Much of the coast was hit pretty hard. Many buildings collapsed. Even Quito and Guayaquil suffered some damage.

The scale of financial loss and loss of life is truly tragic. You can’t help but feel for what so many are going through and try to help in whatever way you can.

As a Real Estate and Relocation Services Company whose mission is to help people achieve the lifestyle and quality of life they are looking for, considerations such as natural disasters or social breakdowns are an important part of the process. Earthquakes, tsunamis, volcanic eruptions, nuclear disasters, financial crises and social unrest are increasingly becoming things to consider when choosing a place to live or invest. In fact some are predicting a mega quake in the near future.

For us, in our relocation from the Northeast US to Ecuador, these possibilities factored into our decision making process significantly.

Unfortunately, based on what we know about where these latest quakes took place, they were not unpredictable.

Ecuador’s coast (as is Japan) is on what’s known as the tectonic ‘ring of fire’. This seismically active zone covers the entire Pacific coast of South, Central and Northern America, as well as the Pacific coast of East Asia down to the waters off of Australia and New Zealand.

If you look at the map below, you can see that the Northern coast of Ecuador is in a particularly seismically active zone.

You can also see the parts of the country relatively free of seismic risk.

I encourage anyone considering Ecuador as a destination to read this article, which does a good job of outlining the natural disaster risk in Ecuador by region.

The article has this to say, “According to Yepes and Geophysical Institute records, the area least vulnerable to earthquakes, outside of the Amazon, is the southern Andes.”

When I was doing my research as to relocation destinations, there were several things I wanted to avoid. I did not want to be on the Pacific coast, largely due to Fukushima. Avoiding proximity to volcanoes, major fault lines and nuclear energy facilities was also important. Interestingly enough, during my research I found out that nearly 90% of the worlds population and almost all of the nuclear energy facilities are in the northern hemisphere.

I also was looking for a place, that in the event of a financial collapse or some other disaster, could maintain food security.

After looking at a lot of intriguing options, I realized none fit the bill better than Southern Ecuador.

So when I settled on the Loja area, in addition to all the amazing attributes it had going for it, it was with these factors in mind.

Nestled in the foothills of the Andes Mountains, this sparsely populated region is home to some of the most fertile soil and one of the best climates in the world. The abundance of water, lack of volcanoes or fault lines and elevation make it ideal when considering quality of life and safety alike.

Nearly three years later I could not be happier with my decision. The natural beauty, pace, quality of life, quality of people and general lifestyle seem to be uniquely conducive to peace of mind and happiness.

Now I love Ecuador, and I think there are many amazing places all over South America and the world. Places I would never discourage people from settling in. In fact, one of the things I love about Ecuador is how close you are to such a variety of regions and climates. I love visiting the coast. The northern part of the country is amazing. And to have the amazon rainforest a hop skip and a jump away is wonderful. That being said, the coast comes with risks that which this recent earthquake so explicitly illustrated. The north, in addition to being much more heavily populated is home to several active volcanoes and earthquake prone zones.

For me the Loja region met all my criteria and has proved to be a wise choice so far.

All the best in your journey, please feel free to contact us with any questions you may have.

There's No Amazon Prime Here and We're FINE with That. 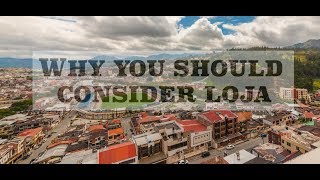 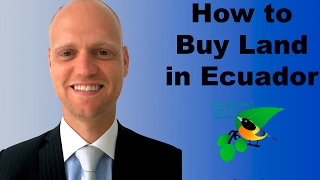 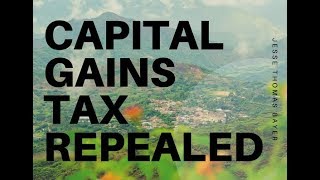 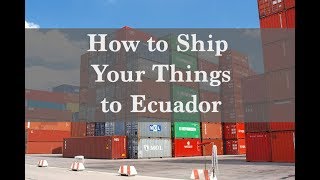